been gone too long

I know it’s been a while since I wrote anything on these pages, but it doesn’t mean I haven’t been busy.  I have several projects, so it’s difficult to know where to start.  It’ll take me some time to catch up here.

But I’ll start with my large-scale paintings. They technically are paintings, but I think of them as drawings. I’ve written about them already, but I’ve now finished more than a few of them and have more in the works, so they are starting to make some sense to me.  As I move forward with them, I find myself fighting my tendency to paint these pieces heavily, and to rework endlessly. If I want to do that, I should be working in oils on stretched canvases. These pieces are on unstretched canvas, and I mean them to be more akin to large-scale sketches, very direct and not too thickly painted.

They are to remain unstretched, as well.  As you can see with this one, they are hung on the wall with grommets and nails.  To me, they are evocative of parchment, or rawhide (another material that I’ve used in the past). 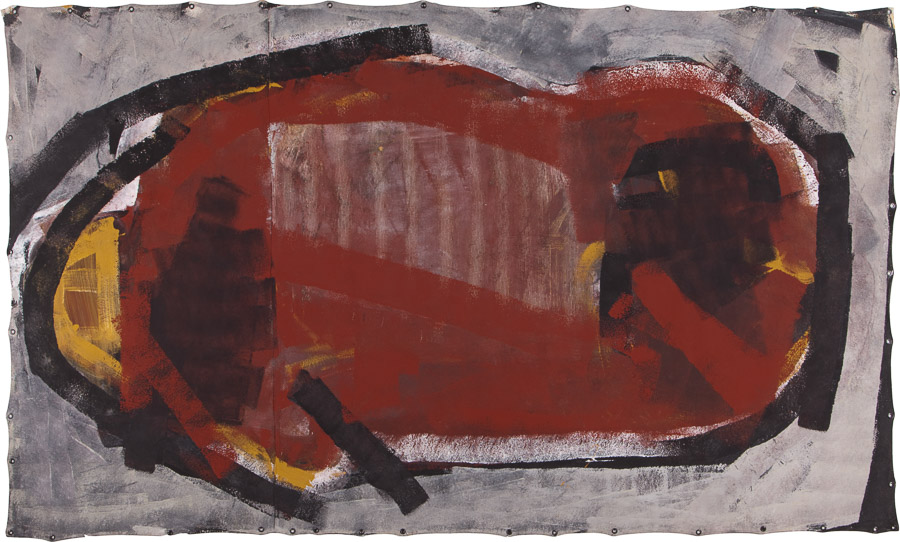 The scale of these pieces is important to me, so for scale purposes, here is a photo R.R. Jones took of me standing in front of this painting. 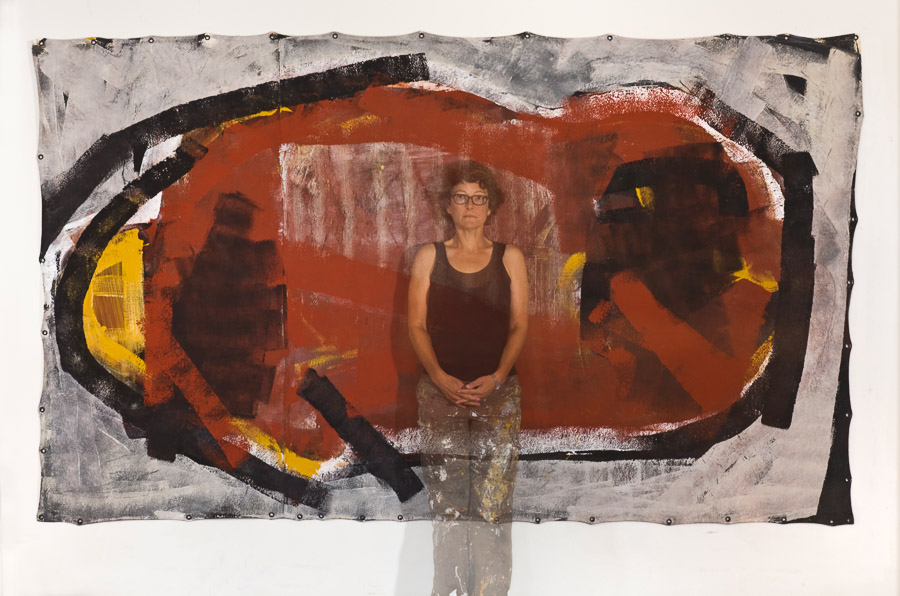