I finished this piece, Making My Own Paradise, a few months ago, but, although I’d taken a lot of in-progress photos, I didn’t post many of them.  It was a complex creation and assembly process…it took over a year from start to finish…but I am happy with the resulting piece.

Here are plenty of pictures and some descriptions of what it is that I’m showing you. Click on that first photo and you can scroll through the rest of them with captions. And more photos of the finished piece can be found here, along with other pieces from the Iceland/Ísland series.

We’re having a Spring Studio Sale at Mission Industrial Studios! 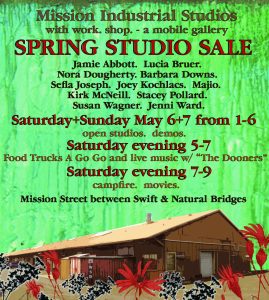 Many of you have visited me at Open Studios, but this is not the same sort of event.  My studio is currently very much in a working state, with plastic sheeting on my working walls and projects in progress (in other words, I’m not exactly cleaning up!). I have pieces in progress, projects that I’m contemplating, and plenty of finished work, both old and new. I’m offering discounts on some pieces, hoping to find the right home for them. And ten of my neighbors are also open, so it is a big event for us.

I hope to see you there! 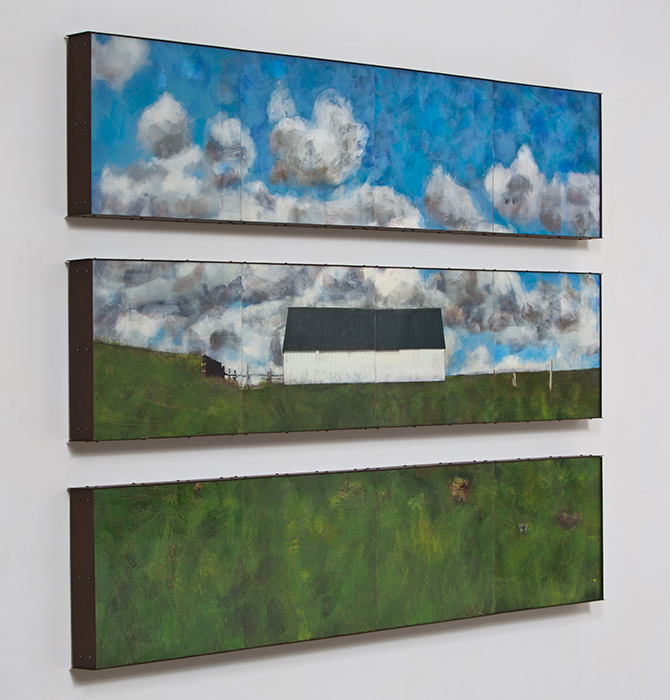 I’m excited to have been selected as one of the participating artists at stARTup Fair LA at the end of January 2017.  Click on the image below to go to their website for more details.

I’ll be showing pieces from my Iceland/Ísland series as well as other recent work.  I have a few extra admission passes; please contact me if you’re interested. 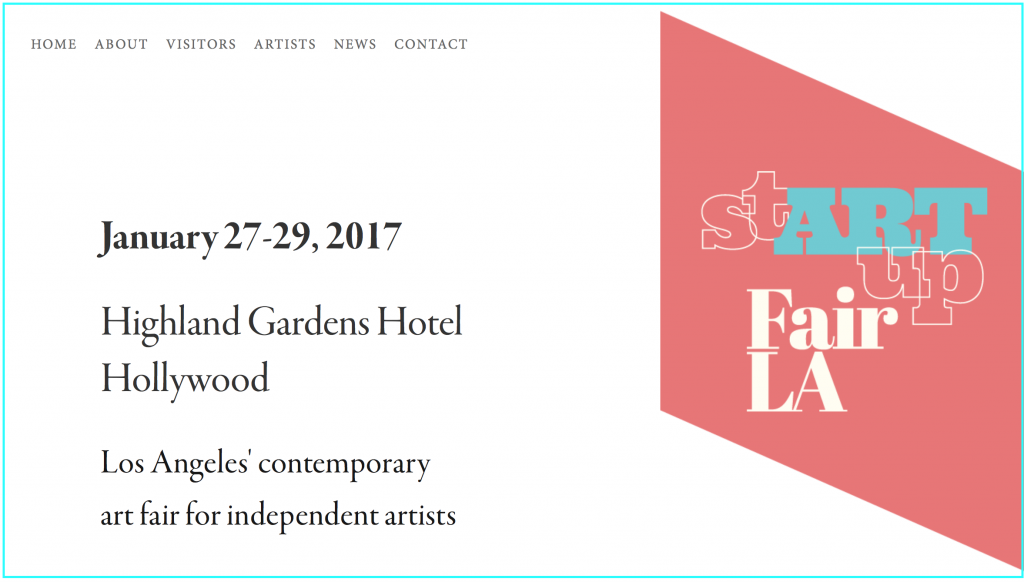 For that popular-vote majority of voters who, like myself, are unhappy with the results of the presidential election, I offer these figures in the fetal position.  That’s all, nothing more. 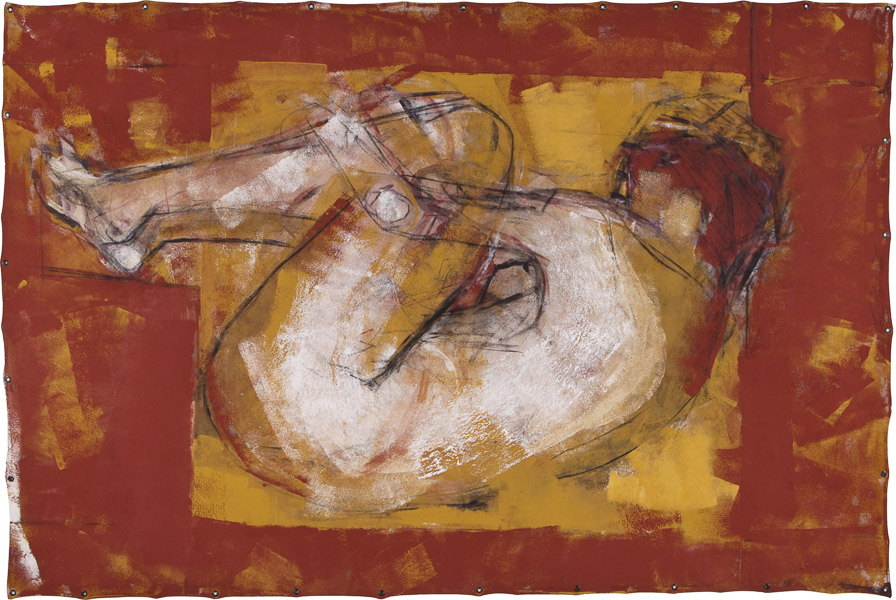 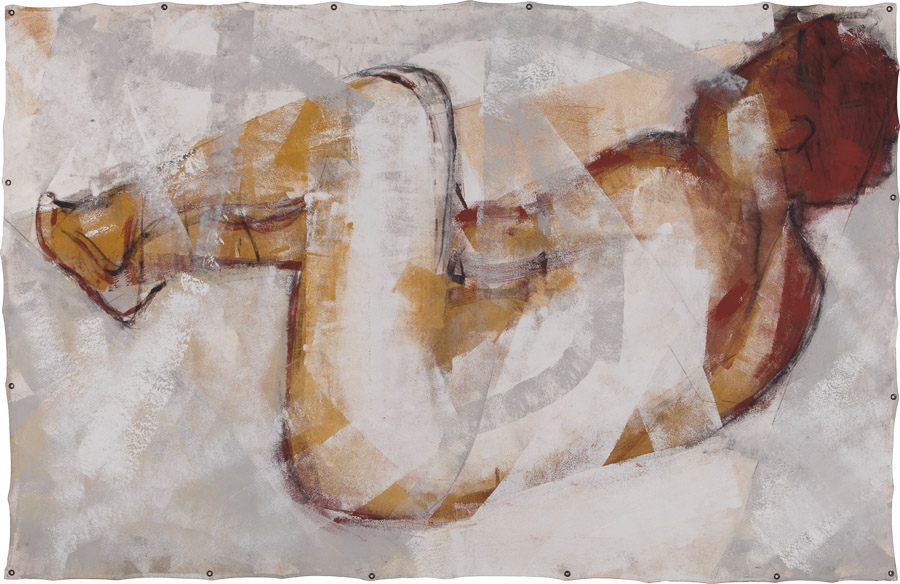 My sculpture that is in Art in the Arboretum: Color (see my previous post) started life as a wall sculpture, as photographed here.

Now installed outdoors and low to the ground in a garden setting, it’s a different sort of sculpture entirely.  It’s dramatic on the wall, and looks almost opaque to me, but outside near the ground it’s much quieter and the mesh looks more transparent than in these photos.  It blends in well with it’s surroundings. I like it in both places, for different reasons, but seeing it in a new way gives me some ideas about working again with this steel-mesh material. 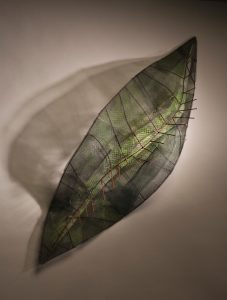 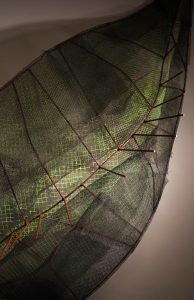 art in the arboretum: color

I am thrilled to be included in the current exhibit at the UCSC Arboretum, Art in the Arboretum: Color.  It’s a beautiful exhibit in a gorgeous setting.  I love the experience of spying a sculpture off in the distance through the foliage, and, as I walk towards it, being distracted by another sculpture that I discover on the way.  I truly hope you will be able to see it for yourself.  If you can come this Friday, November 4, 4-6pm, you can meet the artists at our First Friday reception.  But you can visit the arboretum any time to  walk the grounds and discover it for yourself.  More details can be found on the UCSC Arboretum website.

In addition to the First Friday reception this week, there is a metal-working workshop from 1-4pm on Friday which should be fun and informative.  Sign up!  Click on the thumbnails below for more details on both the exhibit and the workshop. 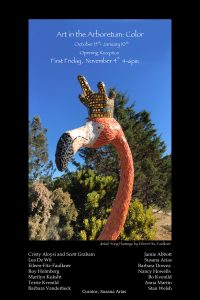 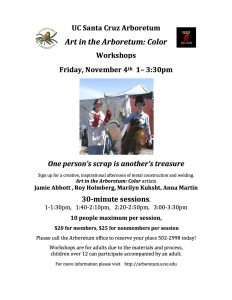 sculpture is: in the gallery

I’m thrilled to be a part of this fabulous show at the Pajaro Valley Arts Council Gallery. Many thanks the the gallery and curators for putting together such an exciting and vibrant show. 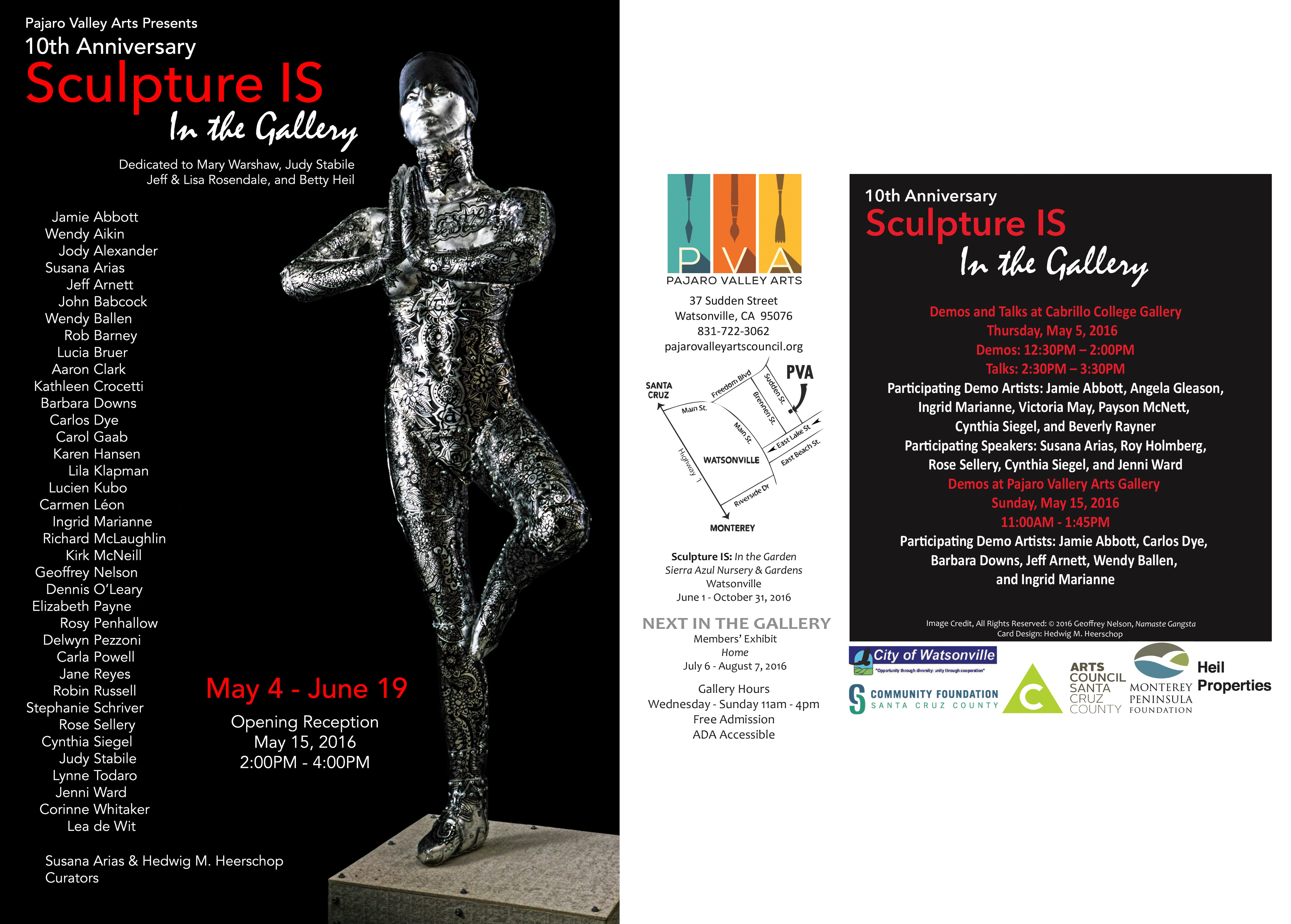 I was pleased to learn that my two assemblage sculptures made with repurposed chair legs, rawhide and horsehair have sold already. I will be working on similar pieces in a demo at the gallery on May 15 before the reception. See the announcement above for details.

I have three pieces from my Artifacts series in the show as well, though I have yet to blog about this new sculpture series. These are my newest pieces and I will be writing about them soon. Click on the image below to see more of these sculptures, and come to the gallery to see them in person! 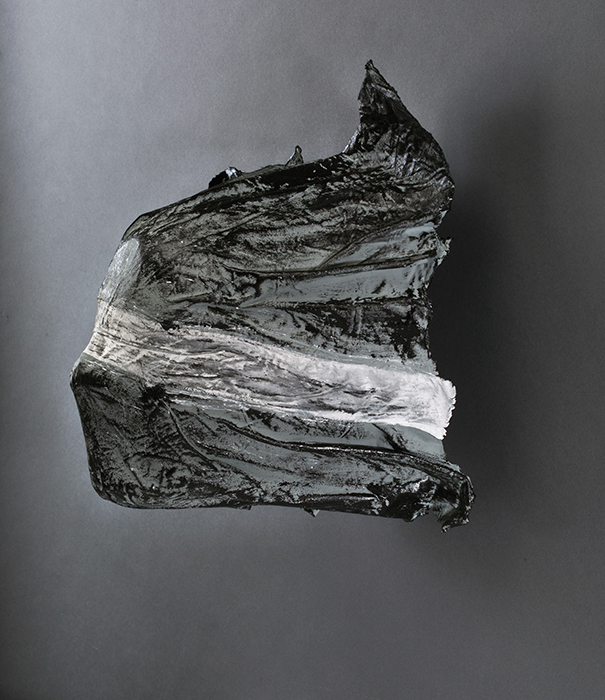 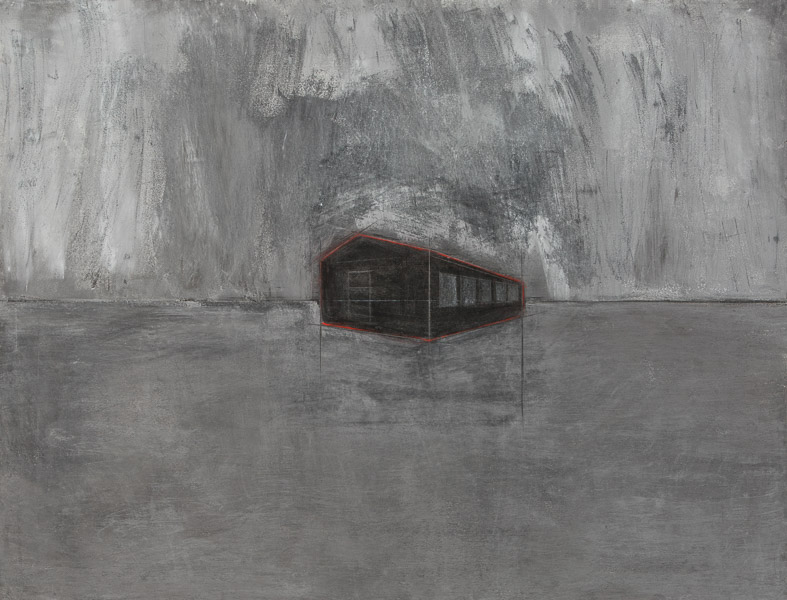 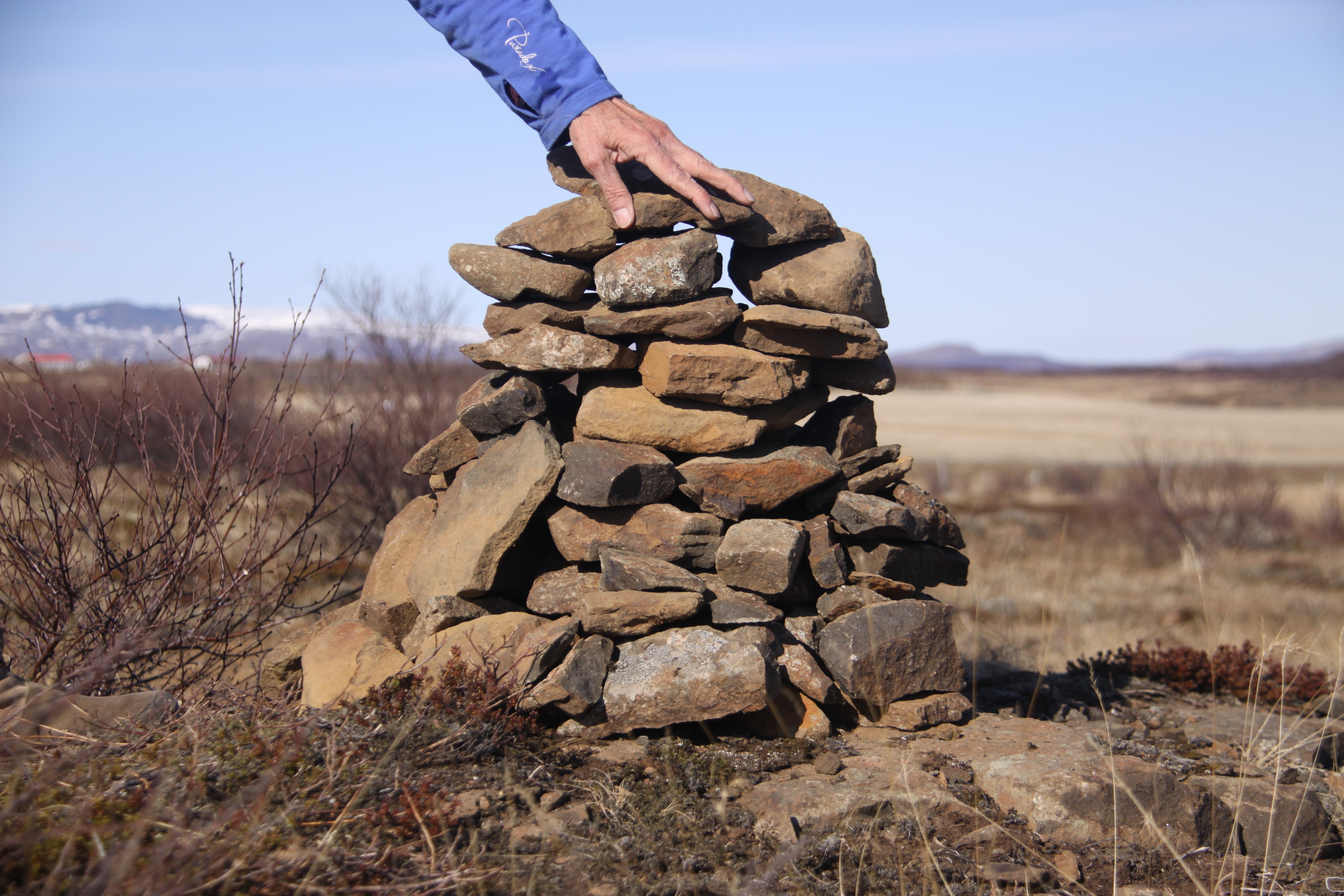 On the eve of Open Studios (tomorrow and Sunday!  11am-5pm!), I’m thinking about my work that’s hanging in my studio and what all the connecting threads are from one series to another.  With that in mind, here is the statement that I wrote for a recent show:

What do babies and barns have in common?   They both spring forth from the same set of ideas for me: “elemental” in both meanings of the word:  1) primary or basic; 2) related to or embodying the powers of nature.

The barn is in Iceland, a land that truly embodies the powers of nature.  The sky and land there slam together at an insistent horizon line, rendering human structures fragile and insignificant.  When I’m in Iceland, I feel the growth and formation underfoot; Iceland is a baby in geologic terms. If I could live a millennium, I could see what it is becoming.

That baby is growing too, just about bursting out of its cage, embodying its own true nature. The cage, like the barn, may provide a degree of protection, but the structures are ultimately ineffectual.  Though it’s a wee baby, it’s the opposite of fragile and insignificant—in fact, it’s full of potential and larger than life.  The baby is the landscape, and the landscape is the baby.   —  Barbara Downs

And that said, please visit me this weekend and see the babies and barns.