...and other adventures in art
← the couch
that big, blank canvas →

it doesn’t always need to be good 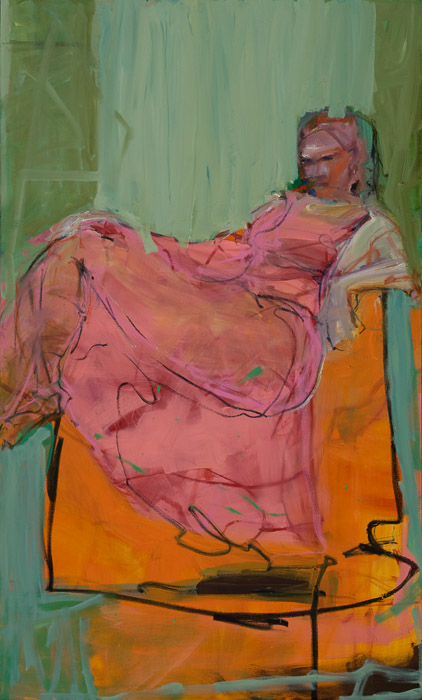 After my friend wandered past my open studio door and smelled that distinct smell of oil paint, she asked on Facebook if I’d done some good paintings that day.  No, I did not have such luck, and I publicly admitted it on Facebook.  In fact, I’d had a frustrating day with the paint.

Some days are like that. And, more and more often, I’m content with that. Maybe it’s character-building. Every painting doesn’t need to be great.  Or even good. Sometimes I scrape the paint off as fast as I can put it on. That thing that I’m after…it’s elusive and doesn’t always come quickly.

As the painter, I get to decide which paintings live and which die. If it doesn’t hold my interest in some way, it isn’t going to be seen. Maybe someone would like it, but they won’t have that opportunity.

Paintings will be worked and reworked, or they will be painted over, until there is something of interest in them for me. After I’ve considered and reconsidered them, they may eventually go out into the world.

Here’s one that recently went out into the world. You can see it at the Figuratively Speaking show at the Davenport Gallery, through the month of February.

← the couch
that big, blank canvas →