...and other adventures in art
← light and shadows
virtue and vice →

drama and intrigue and narrative

What I love about Tintoretto are all those moving, writhing figures. Everyone in the picture plane is twisted in one direction or another, foreshortened to some degree. Figures grab and hold onto each other.  There is drama and intrigue and narrative.

This painting, The Crucifixion, is a case in point. The crucifixion of the title is centrally located in the picture plane, and the Christ figure is glowing and isolated, but look around him at the rest of the picture plane.  So much activity! 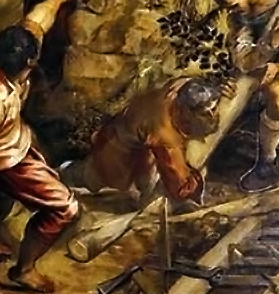 Detail of The Crucifixion by Tintoretto, 1565

Using this painting for source material for drawing or painting, one could be busy for years. There is so much information there that it’s difficult to know where to start.

I myself focused on a specific figure in the lower-mid-left, that of a man helping to hoist up the cross of an accused thief. The figure itself, isolated from the rest of the picture, seems to be weighed down by the wooden cross. Or maybe he’s drowning and grabbing that piece of wood for his life. This little section of the painting could stand up on its own as a painting.Here’s my drawing, which, admittedly, takes very little from the Tintoretto.  Some other narrative comes out in the drawing process. I’ve learned to not question it too much, and just let it be. 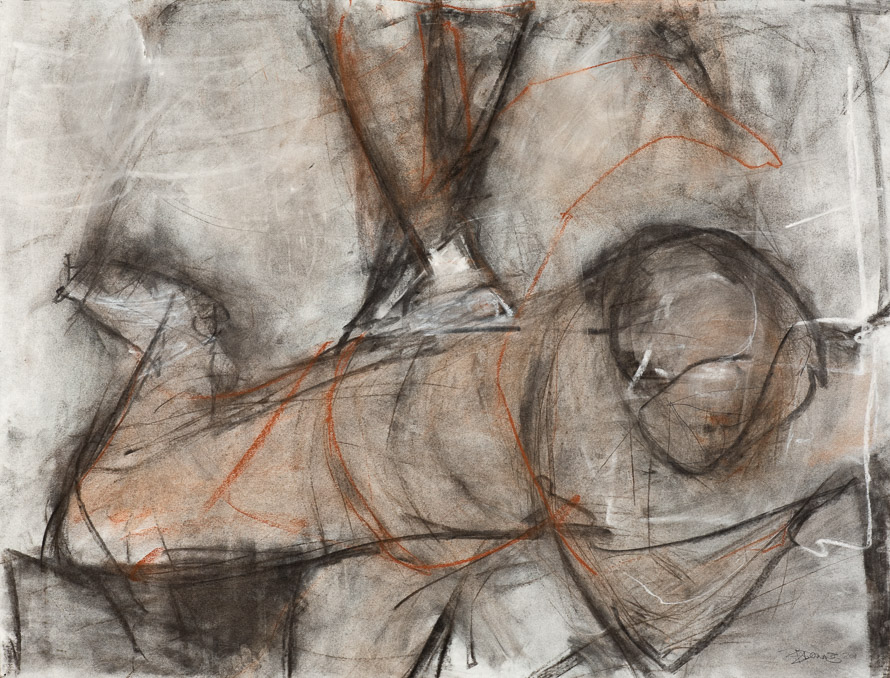 ← light and shadows
virtue and vice →