...and other adventures in art
← the photo shoot
contemplate this →

Left: The Reverie, Right: Balance, Both are approximately 6’x9′, Acrylic/Mixed-Media on Unstretched Canvas, 2013

I have many thoughts about my current series of large-scale paintings, but I’m going to limit this post to the topic of mark-making as it relates to scale. 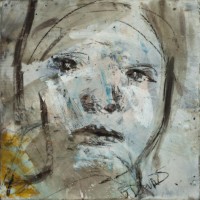 I started thinking about this perhaps a year ago, while I was working with small encaustics but considering doing some large-scale paintings. I liked the broad swath of brushstroke I was getting using a large-ish brush on very small panels, like this 6″x6″ piece to the right. I wanted to preserve that mark as I moved to 6‘x9’ canvases.

I knew that on a large canvas this would require a BIG brush, so I picked up a paint roller instead. The humor in this doesn’t escape me… I do not enjoy house painting, yet here I was, using paint rollers on (a canvas stapled to) the wall. It felt familiar, though misplaced.

Once I started, though, there was no question I’d made the right decision.  It worked, I liked both the process and the results, and I had other questions to ponder anyway, like where the series was going.

But the proportional scale of those roller strokes makes for an interesting photography conundrum: it’s almost impossible to infer the size of the painting from a cropped photo. Are they 16”x20” or are they 72”x108″?  Size matters!

Here is the latest painting, in a conventionally-cropped photo. Compare it to the photo at the beginning of this post, where you can clearly deduce the size of the painting. 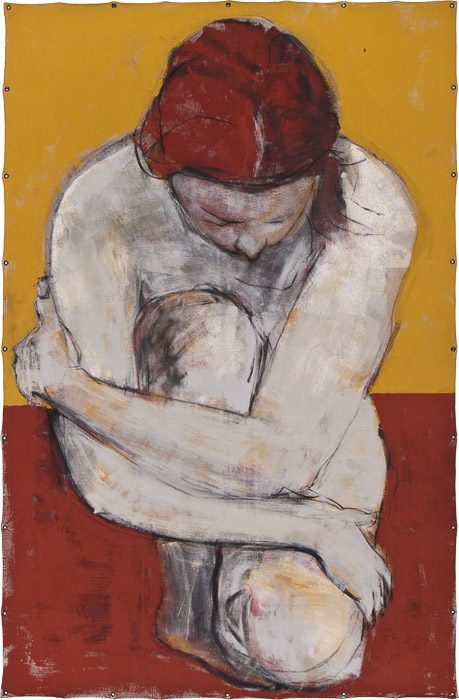 The Reverie, Acrylic/Mixed-Media on Unstretched Canvas (hung directly on wall with nails though grommets), 106″ x 68″, 2013

If I wait to photograph until I install grommets for hanging, the viewer will have a size reference, sort of. People know what size grommets are, but, then again, there are small grommets and there are large ones! For the record, these are similar to the grommets you might find on a store-bought tarp. 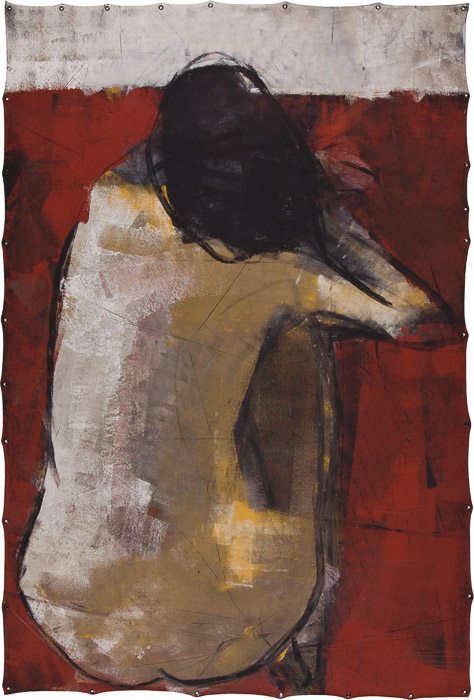 ← the photo shoot
contemplate this →